In 2010, Johnson HS (NJ) had their worst season since 2005.  Because of this, Johnson HS (NJ) hired Head Coach, Mike Mancino; however, Coach Mancino was hired only two months before the start of training camp.

In 2011, after running a camp with Lou Cella as Camp Director,  Johnson HS (NJ) made the State Quarterfinals.

“On behalf of the 2011 Arthur L. Johnson Football Team, I wish to thank you for your help in making our 2011 season such a success. With the bulk of our team being underclassmen and having a new staff, implementing a new offense was a bit risky. Our entire staff agreed that our team hit their stride after hosting your camp in August.

At the camp the staff and players learned the intricacies of the offense and came away with the confidence needed to compete with the toughest schedule our team has seen in years. Statistically we finished 6-4, qualified for the state playoffs, rushed for over 2600 yards, had a plus 70 edge in total offensive plays and set the school record for rushing yards by a quarterback at 1,103.”

After Hereford’s seventh-straight win in 2013, Steve retired after a 19-year career coaching his son, Brock, and coaching at his alma mater.

“We did the academy this past off-season. In my opinion it was worth every penny we invested.We had been running the triple since 2005. I attended Navy clinics, other clinics, bought videos etc…..

However, I picked up more during those sessions with Lou than I ever could imagine. If I had questions, Lou was there with an answer.

We lost many players from our 2012 team. We were basically starting from scratch with our 2013 team. The academy had us prepared for any situation. Though we started 0-3 (many injuries, including using a # 3 QB) we finished winning the last 7 games.

Though this was my last season, I am still involved in the triple option and would run that offense in a second,  if I do decide to resume coaching again.

Thank you Lou for all your time. It was well worth it.”

In 2009 and 2010, Poland Regional HS (ME) won a grand total of two games.  The school hired Head Football Coach, Ted Tibbetts, less than two months before the start of training camp.

In 2011, after running a camp with Lou Cella as Camp Director, Poland Regional HS (ME), earned the best winning percentage in school history, won twice as many games as they had the previous two seasons and broke school records for rushing, passing, and points scored.

“Our Flexbone camp had a tremendous impact on our record setting season.  A developing program less than 9 years old, we have never been able to score enough points to beat the better teams in our league.

Coming into this season we knew that we needed to make some changes if we wanted to emerge as a one of the dominant teams in the league.  The camp changed our program in many ways.  First, players really knew their assignments and how to execute them effectively.  Second, as a coaching staff we significantly increased our understanding of the offense and how to teach it.  Most significantly, however, our kids now love the system.  In the past, because we haven’t been a strong team, getting the players and the community to see the power of option football was a challenge.  However, this year, even experiencing a setback from a penalty or an unexpected defense, our kids just shrugged it off.  ’No big deal,’ they would say.  ’We can break one at any time.’  And often times, we did.

We set program records this year in yards rushing, passing, and in points scored.  Our quarterback alone had over 1000 yards in total offense.  While we finished 4-4, narrowly missing the play-offs, our record doesn’t fully reflect our growth.  The two prior seasons we were a 2-14 combined.  Moreover, this year we steadily improved beating playoff bound teams at the end of our season.  Our kids can’t stop talking about getting back on the field next year.

We are thrilled about our experience!  Lou did a great job preparing players and coaching staff for the season.  I’m most impressed with his personal touch and commitment to our team.  He welcomes any questions at any time and often asks about players that he worked with by name.  We feel that our growth as a program has just begun and that the camp was a vital catalyst in the process.”

In 2012, after running a camp with Lou Cella as Camp Director, Temple City went from one (1) win to five (5) wins and obtained a playoff berth.

“This past July we hosted a camp with Lou Cella as the director. It was, in my opinion, the best endeavor I have ever participated in with regards to improving a football team towards a specific goal. I have not seen such a unilateral result, from coaches to players, with any other method.

The greatness of the camp is in the breadth of activity. Every position is taught and drilled, as well as position coaches. The camp is a systematic installation of the offense. Lou was phenomenal, his energy and passion for what he was teaching was infectious with the players and coaches.

I have never witnessed a group of athletes improve more in 4 hours on the first day of camp, and the improvement continued throughout the duration. Any coach looking to run the flexbone offense would be crazy not to invest in a camp for their players and coaches.”

In 2011, after running a camp with Lou Cella as Camp Director, Riverwood High School (GA) won five (5) games in a season for the first time since 2005. 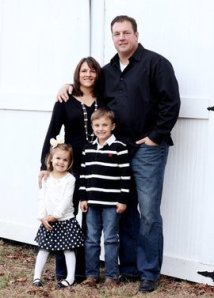 “When we arrived at Riverwood in 2008, we realized quickly how undersized we were up front. I have always been an “option guy” and wanted to run what I considered option football. After all, there was no way we could compete with our size and lack of athleticism running the I or Gun.

After three years of mediocrity, we realized that we had become a “multiple” offensive team running more wing-t than option. After a trip to the Naval Academy in the Spring of 2011 to visit with my brother, offensive line coach, Ashley Ingram, we decided to look at having Lou come in and help us along the way.

We decided to join ranks with Seminole County and have a two-team camp. My Dad is the head coach at Seminole County and we had scrimmaged each other the past two years. Our players were familiar with each other and the coaching staffs had a great relationship. Lou Cella came in and transformed our football teams.

Seminole County went on to have the greatest season in the history of the school. Riverwood went 5-5 year and lost one game in OT and another by four points. Our turnover margin went from -11 in 2010 to +9 in 2011. We scored an average of 46 points in the last four weeks of the season and had only one turnover in that stretch, while beating the #4 ranked team in the state of Georgia . We scored on every possession.

Ball security and fundamentals have always been the cornerstone of our program.  Thank you Lou. You made the difference.”

Having committed to the triple option the year prior, we knew we had some kinks that we needed help ironing out. We hosted a Triple Option Football Academy Camp in the summer of 2016.

Following Dr. Cella’s camp, we went on and increased our win total by four games. We led all 4A teams in the state of Nevada averaging over 305 yards rushing a game, and we broke numerous school records in the process. The most beneficial aspect of the Triple Option Football Academy was the practice structure Dr. Cella puts in place. It is up-paced and makes the most use of your practice time. We owe a great deal of credit to Dr. Cella for our success.

In 2012, after running a camp with Lou Cella as Camp Director,  Petaluma ends the season with four (4) wins. 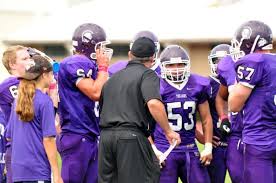 “Petaluma High has been a triple option team for many years.  Over the past 10 years or so we have experimented with different formations and plays that compliment the offense.  This year we went back to the basics to try and clean up our approach on offense.  We had Lou come to the school.  We had all three levels participate in the camp and it really helped.

We were 1-9 and last place in 2011.  This year we improved to 4-6 and 3rd place.  After starting 0-4 this year we knocked off 4 wins in a row to start league.  Our freshmen team went undefeated for the first time in 30 years. The improvement was a direct result of staying with the offense.  With the younger teams doing well we are hoping for a promising future.”