In 2017, Army West Point had their best season in 22 seasons, and they were based out of two formations–Double Flex and Heavy.

They were aligned in one of these formations, or a combination thereof, 95% of the time in their bowl win versus San Diego State. 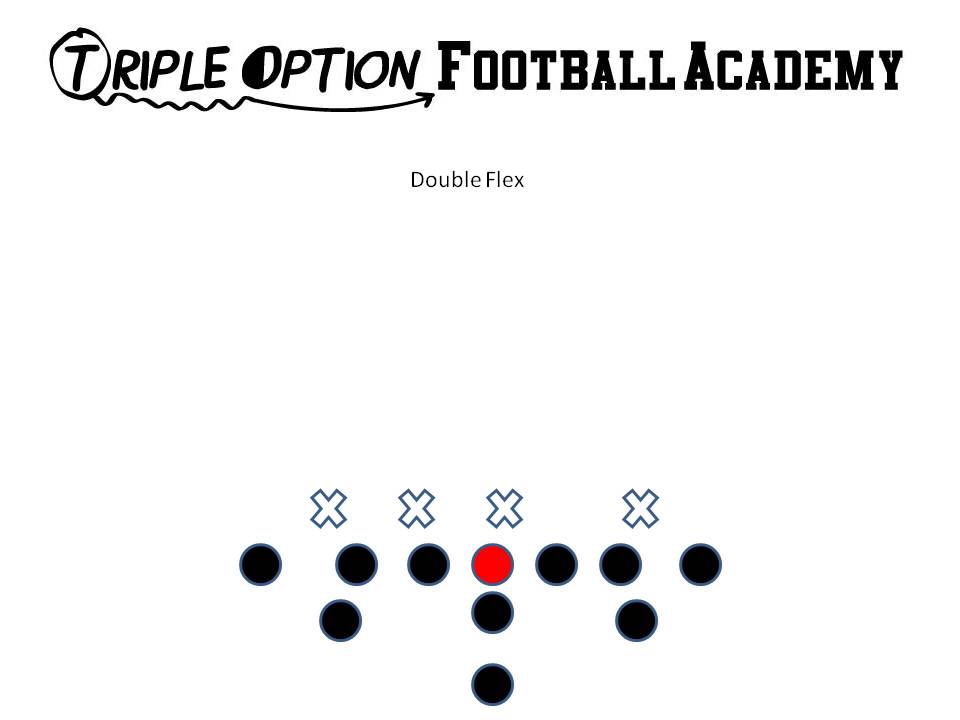 Double Flex compresses the Receivers as they are six feet from the Offensive Tackle with their inside foot up.  The benefit is that this formation puts the cornerbacks in an automatic run support situation, which is often a better perimeter matchup for the offense.  In addition, it eliminates the Playside Receiver and Playside A-Back having to read the Deep Defender and #3.  This is because the Corner is now #3 and the Safety is the Deep Defender.  If the Safety is in the middle of the field, the Receiver will load and block the Mike to the Free Safety.  He has a better angle to load as if the Mike runs over the top, he is two yards wider than the A-Back to wall off the Mike. 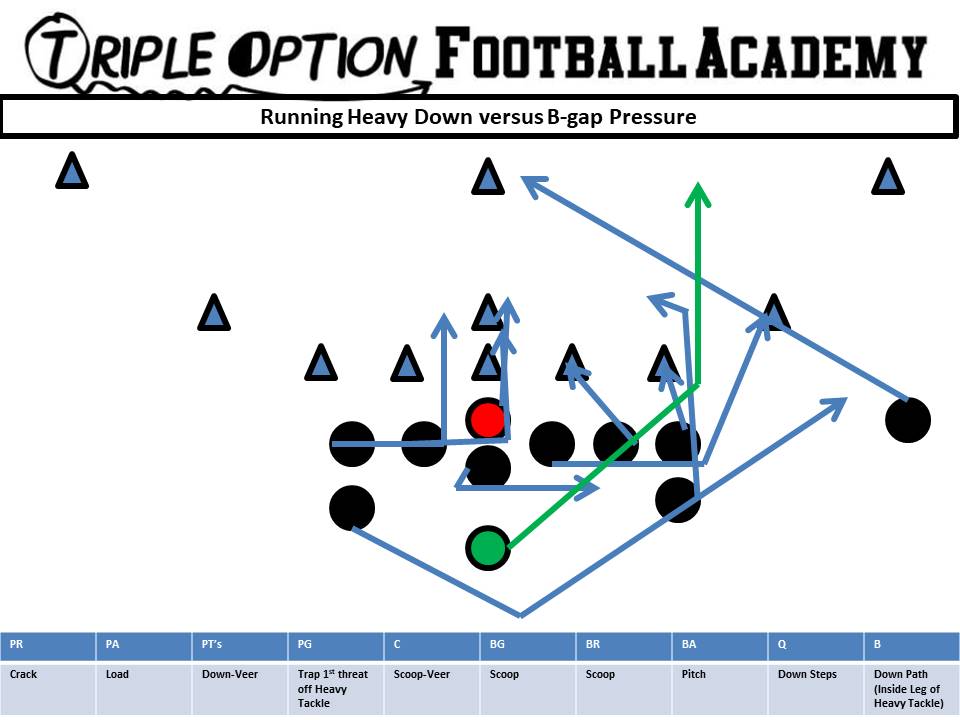