After running a camp with Lou Cella as Camp Director, Bayfield HS (CO) had an undefeated regular season for the first time since 1996 and advanced to the state championship game in Colorado.

They did this with an Offensive Line that averaged 180 pounds. 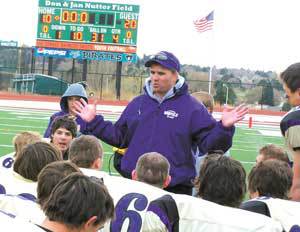 “We were looking to take that next step, and felt that a camp might be just what the doctor ordered. We were not disappointed. We were already committed to the triple option, but the camp brought a much higher level of focus and understanding to our team, both players and coaches. Now when we tell our kids to ‘trust the system’ they know what we’re talking about.”

Dr. Lou Cella, Doctor of Sport and Performance Psychology, educates you and your coaches on how to install the Army-Navy Triple Option Offense the right way the first time—with the Triple Option Football Academy.